October 24, 2006
This container, filled with grapes from our house, provided the perfect environment for fermentation. 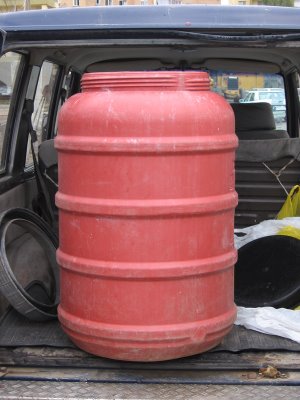 After two weeks, the grapes were ready to be turned into raki. First they were loaded into the still... 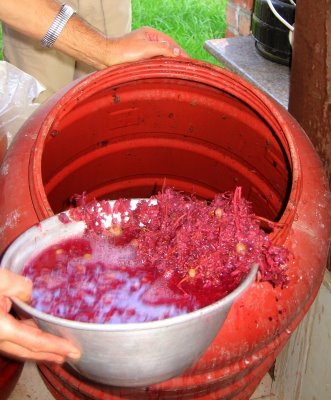 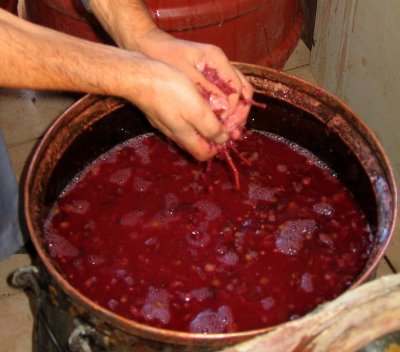 ...then the still was sealed using a paste made from ash and flour. 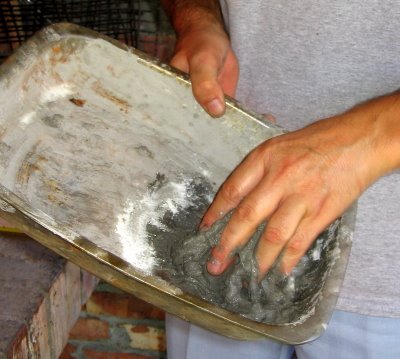 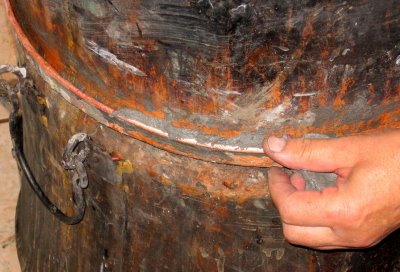 The still is then heated. Distillation works because alcohol boils at a lower temperature than water. The steam that rises to the top of the sealed still is the result of the alcohol boiling. It has nowhere to go except into the arm that is attached to the top of the still. The steam passes down the arm which is immersed in cold water. The water lowers the temperature inside the arm so that the steam condenses back into liquid. 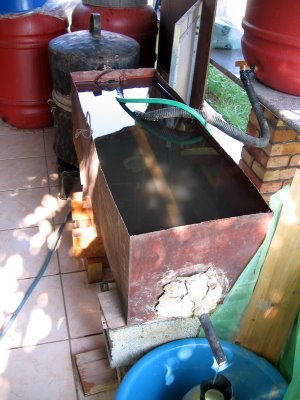 We wait for the newly made raki to appear... 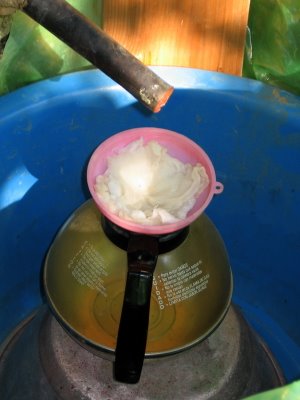 ...which it does as the temperature rises. 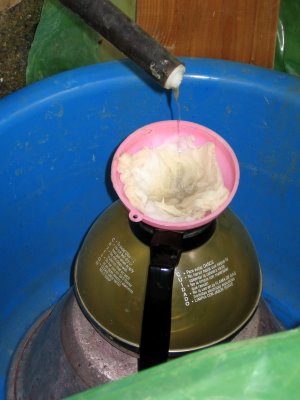 After collecting the newly made raki, its strength can be measured. 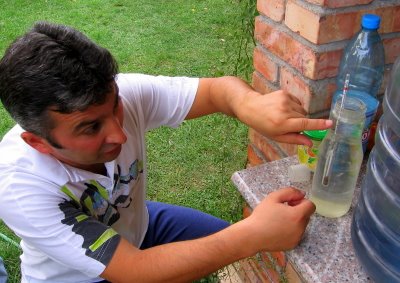 The still is unsealed... 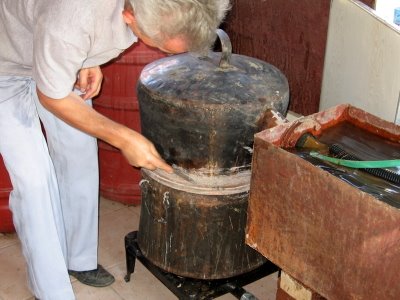 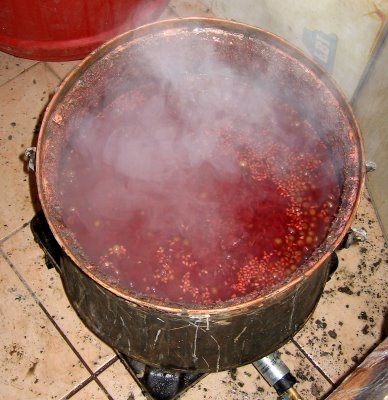 ...go to the garden to fertilise the grapes for next year. 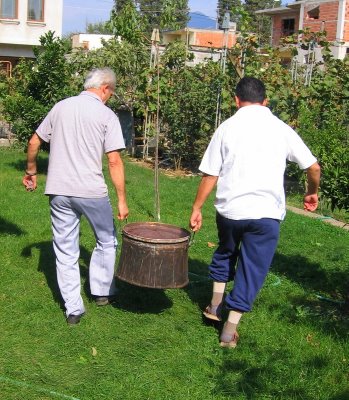 We now have 12 litres of our own raki thanks to Qemal, seen here sampling the make. 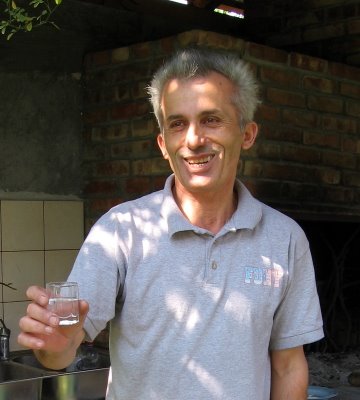 Anonymous said…
wow, i love how you explained it visually! good job! keep it up!
arlinda
5:59 pm

Anonymous said…
What can I say, loved the post, had to steal the pics :)

Thanks for reminding me of an age old process, my grandfather still makes raki this way :) :)
8:21 pm

Adela_Radu said…
Very interesting seeing these doctors father and son so involved in the raki making process. That tells me that must be the best medicine in the world.
9:36 pm

olli said…
We have now decanted into glass and have been sharing it with friends. We brought some to our favourite restaurant last week and finished a bottle.

It is strong stuff - stronger than normal - but it's not bad and it gets better with a little bit of warmth.

If anyone is coming to town or is in town you are welcome to try it.
1:36 pm