The Dogs in the Street

December 05, 2005
Walking through the park the other day I came across a pack of dogs – nine of them – lying in the sun. These are street dogs. When they are not lying in the park they are wandering the streets. Two of these dogs hang around near our house and I noticed that one of them had a tag in its ear. As far as I know this is the story. 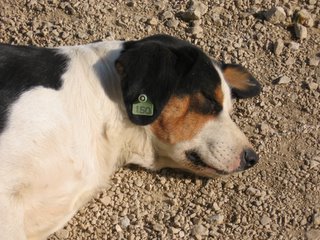 Every so often the city tries to control the street dogs by shooting them. A bounty is offered for each animal killed as long as proof is provided – the proof being the ears. Before one of the recent culls a couple of English women who run a school in Tirana offered to pay for some of the dogs to be treated by vets, neutered, tagged and released back onto the streets. The theory would seem to be that no bounty will be forthcoming if the ears supplied are tagged – or presumably show signs of having had tags removed.

In some ways it is quite sad – some of the dogs seem to be good natured animals, and will often play with the kids on the football pitches across from our house. On the other hand, the dog population quickly gets out of control, they do carry disease and they are a potential risk to people. 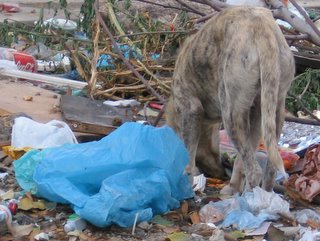 Thankfully, there has not been a cull since we got here. If there were, the temptation to hide one or two of the more familiar dogs in our yard might be too great.